it's been a long while 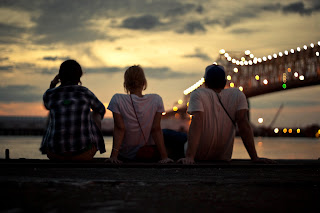 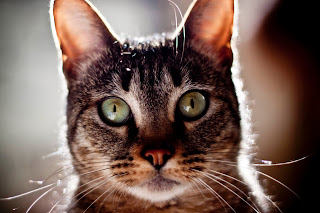 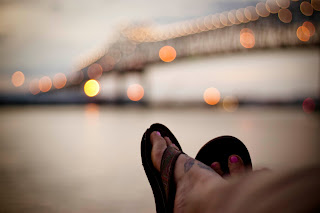 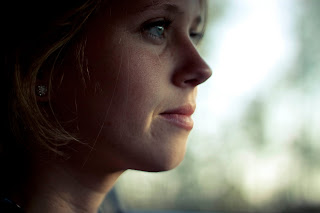 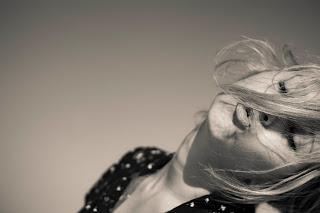 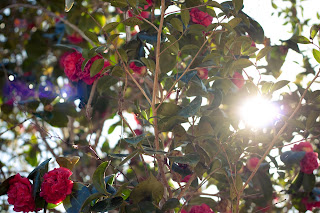 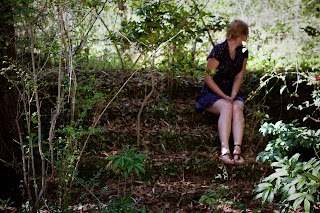 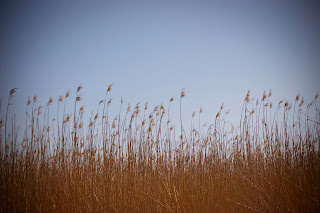 The past couple weeks if nothing else, have assured me of a couple things. Coffee should be sipped slowly in the morning. You should cook your own food, and while the smells drift through the window, you should be outside, barefoot, and laughing with friends. Adventures should be unplanned. And musical instruments and conversation should replace televisions.
My trip to the South was pretty great. After spending the week before talking all business and future plans, it was nice to disappear for awhile. I only knew two people in Louisiana, and I felt like I could hide in the heat, away from talks of future. And that's exactly what I did. I tried not to make too much communication to people other that posting photos, and we whirled around the great state, taking photographs and talking in deep conversation.
We took a day trip to Mississippi too- with the sole purpose of getting lost. I took a walk by myself and while I was walking along the beach, I saw a sting ray in the water and sat and watched it for awhile. We found an abandoned ship and pier, full of spider webs in the corners and grass twice as tall as I am. We would turn down a highway, just to see what was there. We found an abandoned house lot, with just the tennis courts left. Further in the lot, there were steps to an old house, covered in vines and looking like something out of an old dusty book story. Everywhere we went that was abandoned, we all tiptoed around, giving the place and the people who used to be there, the utmost respect. We found a town where there were more antique stores than restaurants and an old abandoned snow cone stand.
I ate a lot of good seafood, and didn't worry about the calories that were stacking up. It was nice to just settle. And as soon as I started to learn my way around the town, I got anxious to pick up something different and be somewhere that I could get lost again, just to find my way. I visited people and places in NOLA that I had shot photographs of back in October, and I'm happy to say that things are progressing! On our last night in New Orleans, we stayed up late playing music in an empty room with vault ceilings. 3 guitars, 5 voices, barefeet and order-in Chinese food.
After the three weeks of travel I had just had, I was feeling anxious for home. The person two seats from me got sick on the airplane, and it was immediately time to get home, and quickly.
I returned home, reunited with the puppy dog, and slept for a long time, woke up and started school. It was mad chaos trying to get everything organized and ready to go, and to be honest, I haven't quite recovered yet. But while I was sitting in class on Monday morning after having 3 weeks of ridiculously good travel, I realized how uncomfortable I was in school.
I know a lot of people have strong opinions about taking time off school. More people, it seems, have a strong opinion about me not taking a break. It's interesting to see what people have told me I'm going to fail, and which ones say, "this is your life, and I trust you will do what's right for you."
So this is how I've been living for the past week. I know that this is the time to take time off, and trust me, I've thought about the consequences. What I need most from other people is to know that I have support and trust, that I'm making the right choices for my life based on my life experiences.
I have a good friend in town this weekend, and it's a funny thing... I didn't realize how much I really needed to be taken care of and listened to, until it occurred. There has been lots of late night talking about things that I've needed to voice for awhile. It's definitely nice to have someone around that has just sat and listened for hours while I talk my mind. We are moving in to our new house, tearing out carpet and tearing off wallpaper until our eyes only see the pattern that is printed. Finally, we are in the final stages of painting. We are in the home stretch now!!
I'm sorry I've been a terrible blogger, but much has been going on. I'll write again soon. I hope the wind is carrying you away to somewhere beautiful.
Posted by beccaclimbsrocks at 8:43 PM 3 comments:

There are sometimes in your life where it feels like you are experiencing something from the outside, looking in. 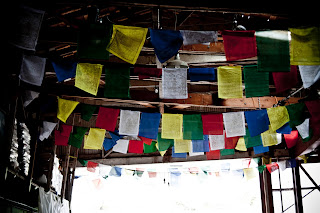 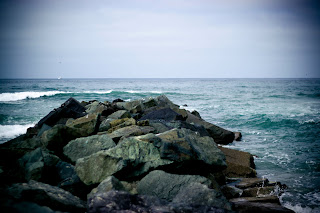 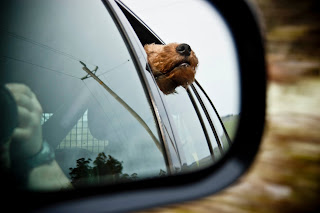 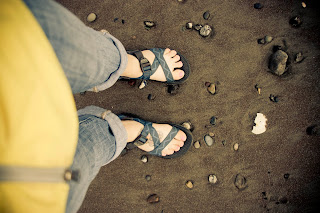 I was flying in a plane back to Colorado on Monday morning. It was an early flight, and I slept on the plane. I woke up and looked out the window, and I could see the Rocky Mountains poking their heads out of a blanket of milky-blue clouds. The plane turned, and the earth seemed to bend beneath me. It was a moment of pure beauty and realization that everything fell into place this trip. I grew a lot, a lot of little steps in all of the right directions. 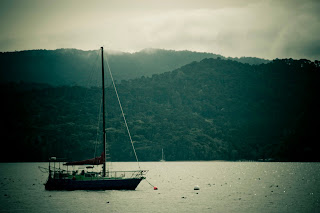 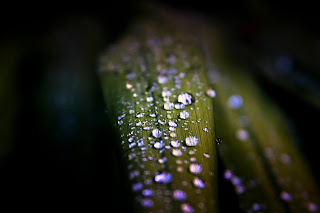 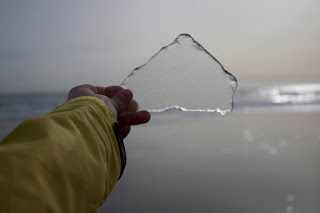 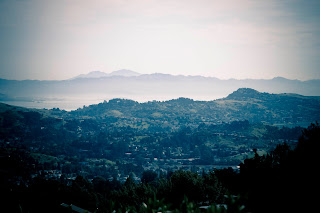 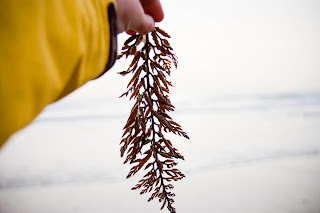 This trip for me was a affirmation that there are very like-minded people to me everywhere. The man I met on the airplane and I talked about the ignorance of many Americans who travel, and the beauties of experiencing cultures separate from our own. The woman I met on the way to San Diego on the airplane worked in a home for the Untouchables in Calcutta, India. And then a friend and I stayed with 3 couchsurfing hosts in San Diego who made us laugh uncontrollably. We stayed up late listening to stories around a fire outside and then went to the beach at 1 in the morning. It was a wonderful experience, and it's very safe to say that we are going to continue our couchsurfing adventures. I thoroughly recommend this to people. (plus it's free.) 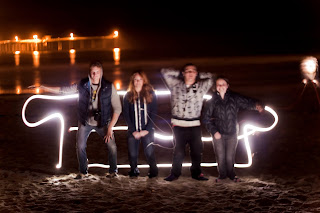 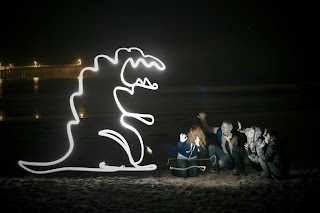 I was young when my dad once told me that he and my Uncle would try a lot of different things until they found something that they were above average at. If they found that they were just average, they would quit. They wanted something that made them extraordinary. I grew up with this mindset. I don't believe in quitting everything, but I believe that there are some things that set people apart from others, and I feel pretty lucky to be surrounded by these people. Throughout this trip there were people I met that screamed "above average." 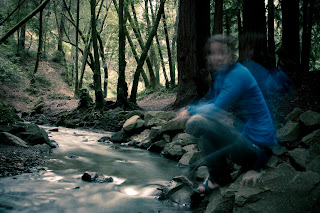 I crave this feeling of living a transient lifestyle when I'm away from it. The idea of not really belonging to anywhere or anyone, just living a life outside of anywhere in particular. I love drifting, moving, changing, anything that progresses and propels my life forward. I cried some happy tears on the way back to Wyoming that morning after I got off the plane. It was because it's hard to believe that this type of fulfilling happiness exists somewhere. It was even harder to believe that I get to experience it on a consistent basis through my travels and adventures.
I feel lucky.
I feel like I need to keep my life moving.
So, let's go to New Orleans. 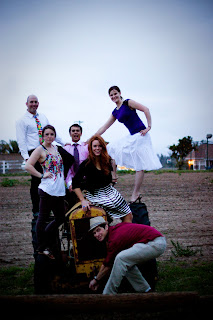 Posted by beccaclimbsrocks at 9:39 PM 2 comments: 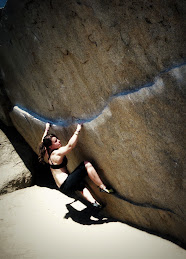